The Man in the Black Coat…

There’s no shortage of ghostly gossip in this town. With Halloween right around the corner, I thought it would be a good time to share a little piece of Greenville’s haunted history with you. The Poinsett Hotel, built in 1925, has long played host to infamous guests – Amelia Earhart, John Barrymore, Cornelius Vanderbilt, Bobby Kennedy and even Liberace (to name a few.) If you need proof, amazing professional photos line the back hall. What you won’t see proudly displayed are photos of the not-so-welcomed guests!

As more cars were built in the 50’s, hotels lost business to motels along the highways. In 1977, James C. Bible tried to operate the property as a “residence for retirees.” One might also call it a nursing home. Westin Poinsett eventually closed its’ doors in 1987. 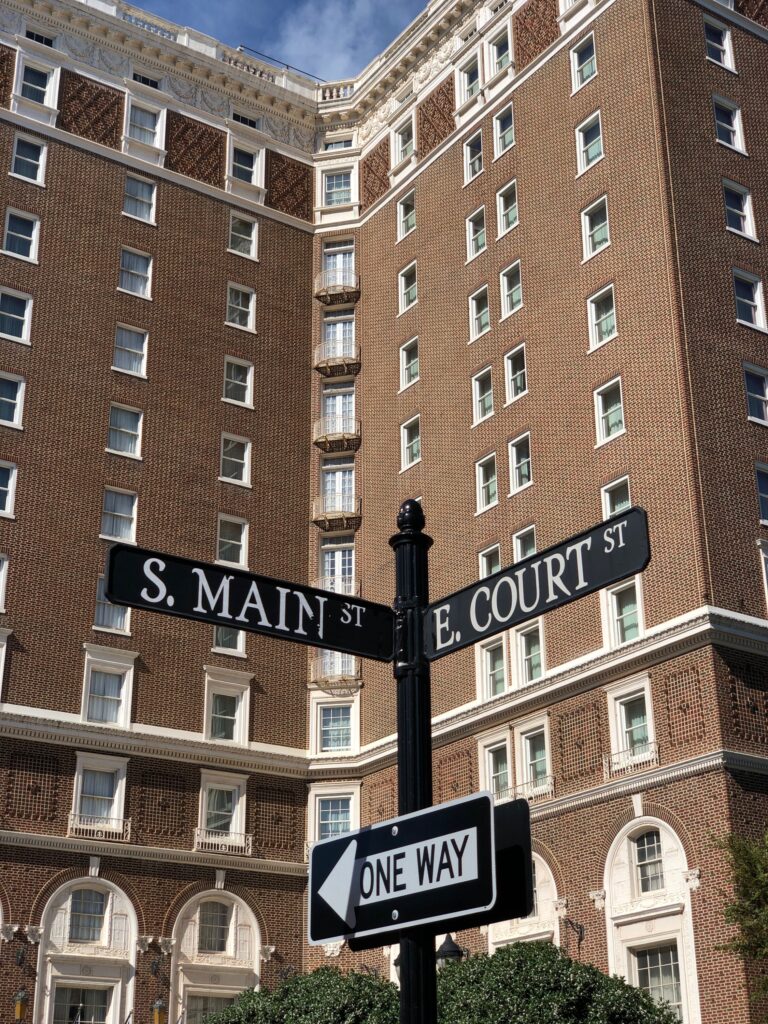 Over the next decade, the hotel sat vacant. Abandoned. Home to those who needed a roof over their heads, and not-so-hospitable vandals. It was considered one of the most endangered historic structures in South Carolina.

Fast forward to 1997. The developers of the Francis Marion Hotel in Charleston purchased the property and began renovations. The Westin Poinsett we all know and love was re-opened on October 22, 2000.

I know what you’re thinking. We didn’t come here for a history lesson! What’s this have to do with ghosts and Halloween? I’m glad you asked. It’s no secret, Greenville has quite the spooky reputation. While the Poinsett might not be the most popular spot on the paranormal list, it’s near the top. Guests have reported seeing an elderly man appear in their room, only to vanish seconds later. One witness saw an “undiscernable figure” standing in front of a third floor window. He was dressed in a black coat that he removed before vanishing into thin air. The building is rich in unsettling circumstances. No one can say for certain the identity of these creepy guests. Perhaps the man in the long black coat is someone’s dearly departed grandfather who passed on during his stay in the nursing home. Maybe he’s the spirit of one of the homeless people who camped out in the abandoned building before its’ renovation. We don’t know.

The Westin Poinsett is not the first building to occupy the lot on Main. The Mansion House Hotel was built in 1820 and served as a very successful hotel in Greenville. Numerous notables who visited during the nineteenth century stayed there. John C. Calhoun had a “preferred room.” The Mansion House was luxurious and served as a popular gathering spot (much like today) when businesses came to town.

It’s not the activity inside the hotel that fascinates me. Step outside onto the street and picture two affluent men, dressed to the nines (in their long black coats, no doubt) mingling and discussing politics on a September night in 1885. One of the gentleman is William Yancey, a former journalist for the Greenville Mountaineer. Yancey was back in town on business when he was overheard making a “political slur.” Never a smart move. He was confronted by a relative (his wife’s uncle), Dr. Robinson Earle. The conversation quickly turned violent. Yancey pulled out his gun and shot Earle in the middle of the street, directly in front of The Mansion House. Yancey was arrested and sentenced to one year in jail for manslaughter.

As far as I can tell, that was the last Greenville saw of William Yancey. Obviously, Earle was never seen on Main again.

Could Dr. Robinson Earle be the disappearing man on the third floor of the Westin Poinsett Hotel? Robinson Earle’s body is buried in Springwood Cemetery, but his spirit might be walking the halls of our beloved hotel in a long black coat!

Intrigued by ghosts and haunted tales? You can read about other spooky spots in the Upstate in this post.